Putting the spotlight on a good friend of mine – Glenn Chow is a long time martial arts student (Wu Shu, Capoeira and whatever else he hasn’t told me) that has ever since I got to know him worked hard to become a stuntman. 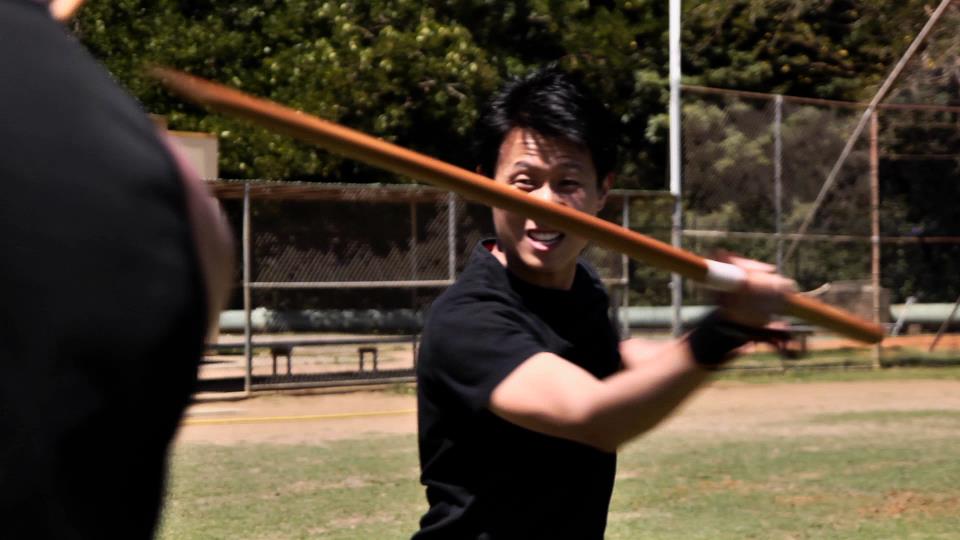 He can also dance.

We first met at an All Styles competition, where he whupped me in both Traditional Forms as well as the Weapons category. Although I disliked him at first (because I have yet to learn to enjoy losing), I made an effort to rise above my own pettiness and congratulated him on his most glorious victory. Besides, he had earned it with excellent swordplay and a more complex form than myself.

It was soon apparent that we had a lot in common, and Glenn is one of the most open and welcoming martial artists I’ve met. We ended up doing acrobatics together, with him sharing his Wu Shu skills and me giving some pointers on the Capoeira skills he had picked up. We were in the middle of setting up a fight scene when my knee got damaged and I had to stop training.

Glenn, however, kept training and educating himself to the point where he has now quit his dayjob to pursue his stuntman opportunities. Living the dream, I say. See his showreel below with contact details at the end.

There has never been a more impressive Asian Henchman #3