The continued Capoeira adventures in my story. If you wish to know more about Capoeira, read this.

After moving from Sweden to Sydney, I joined forces with Pipoca straightaway. Once my sister and my friend Jimmy arrived as well, we went househunting and soon rented a flat right by the famous Bondi Beach. A job had already been found for me, which was a shock compared to Sweden, and I soon got into a routine between work and training with my friends. In the next 6 months we enjoyed the beach life and went on adventures, such as snorkelling at the Great Barrier Reef. After struggling in Sweden for so long, it was a relief to be able to bask in the sun for a while. Eventually my sister and Jimmy went back to Sweden, and life settled down to a routine with just Pipoca and I. But now that I no longer had the company of people from my own Capoeira group, how was I to continue my training? 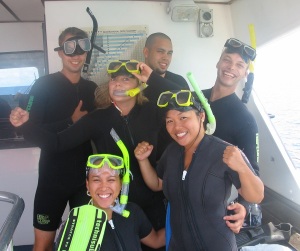 Even though I had previously trained as a guest with one of the major Capoeira groups in Sydney, I felt that I could not with good conscience join that group permanently. Their particular style was fundamentally different from my own, and I also disagreed with the leadership of the group. But looking around, I failed to find any other academy that had everything I was looking for so I ended up training on my own. Not because I was ‘superior’, but because I never found a good fit for myself. But I knew it couldn’t last – Capoeira is by nature a group exercise, which builds and then thrives on its own collective energy. Whereas in other styles that may embrace and celebrate the individual’s fortitude, this is not the case in Capoeira. On a very fundamental level, the Capoeira student belongs to a group and contributes to the energy, and feeds off the energy as well in return. So when you’re on your own, you lack that connection which gives you a foundation.

Then one day I was watching a class and noticed this one guy that was partaking in the training, but his way of moving was obviously not the same as the others. Turns out that his situation was similar to mine as he had recently moved to Sydney and was now looking for a  new place to train. So I suggested that we train together, at least until one of us found a school that was suitable. He agreed and so we got to know each other. With the Capoeira nickname Sabao (meaning ‘soap’), he had been doing Capoeira for longer than I and we were roughly on the same skill level, and we also shared a strong passion for the art. Looking back, this was the beginning of a beautiful friendship.

Training with Sabao turned out to be the best choice I could have made, as we kept meeting up several times a week. Sabao turned out to be a great guy, humble but confident, and was intelligent as well loyal. As we were from vastly different styles, we didn’t have much interest in learning from each other – rather, we helped each other teach ourselves. From scrutinizing our own individual weaknesses, we would set the exercises we would need to address the gaps in our skills and get the other person to help with feedback and practise. It was invaluable to have an equal training partner that was not only technically proficient, but also able to give advice and second opinions. We both found it to be liberating to step outside of the ‘politics’ and move freely, participating in any roda or workshop that struck our fancy. When push came to shove we had each other’s backs and our independent situation enabled us to make friends in all places, as we were skilful enough to enrich any Capoeira happening we went to but not so strongly as to present a political threat.

Although my martial arts skills during this time may not have improved dramatically, I still grew as a person. Having no mentor or belonging to a group made me more independent and self-reliant. It also made me politically neutral – my presence at an event wasn’t an indicator that one organisation was working with another, or any such dramas. This allowed me to make my own decisions as I did not need consider how any instructor may feel about my own teacher. Perhaps most importantly, being independent made me acutely aware of the darker side of the Capoeira group mentality. The old saying about your greatest strength being your greatest weakness rings true; even as we feel stronger from committing ourselves to a group, at the same time we give up a part of our own integrity from habitually following someone else. My sister once told me that if an instructor told her to do something she disagreed with, she’d refuse – and she was surprised I wouldn’t. That she had faith in my own individuality, along with the fact that I had buried it myself, hit me pretty hard. That memory kept occurring to me as I noticed animosity and rivalry between groups and students, purely from personal disagreements between instructors (that had nothing to do with the students). This discord was almost automatic as students would naturally align themselves with their teacher against anyone else. Loyalty is a virtue, but not when abused into brainwashed obedience. I was ashamed at finding this fault in myself, and decided never to let it happen again.

Sabao and I also started going to gymnastics sessions in order to improve on our more acrobatic Capoeira moves, and these sessions quickly turned into my week’s highlight. I had always had a knack for flashy moves, but now I was able to fully realise my potential. Although I never became truly great compared to the real pros, I still learnt a number of moves that most people could never dream of. I freely admit that these moves have little value, even from a Capoeira point of view, but there is some benefit in pushing through your fear and fully committing yourself to a technique that may cause serious harm if you even consider backing out. I found it deeply satisfying to push my limits and continuously improve in terms of what I could do, as I was pulling off manoeuvres that I would never have dreamed off in the past. It is also very exciting to nail the more extreme moves, such as doing a full horizontal spin before landing in a split position. It gets truly challenging (and addictive) when you start to chain these moves together using other tricks or kicks.

This continued for a while, with us refining our Capoeira skills and pushing our acrobatic limits. We’d go to street rodas, partake in workshops in various groups and muck around at the beach on the weekends. We made friends in all places, and some people who shared our independent views would join us now and then. I still enjoy the privilege of being friends with these people to this day, even though most have stopped training or moved on to other passions.

Guess who was the Best Man at the wedding?

But as time went on, it eventually started to feel like I was stagnating. I still loved playing Capoeira and its twin seductions of freedom and challenge that I found within the game itself, but the years of practising the art were starting to take their toll on my knees and lower back (both extremely common trouble areas for Capoeiristas). I was also becoming allergic to the incessant political bullshit and shady sides of the culture. It was time to move on.

4 thoughts on “The Lobo Chronicles, Part 7 – Brothers in Arms”